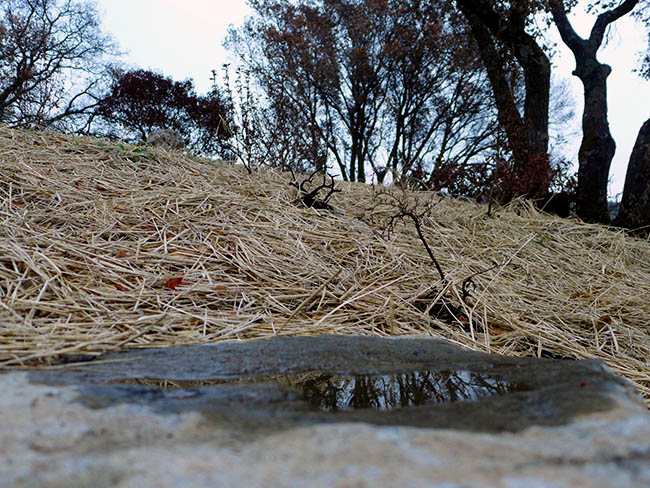 It’s been an unusually dry December in California. Usually that’s a bad thing since we only have rain in maybe three or four months in a good year. This year, we are a little relieved to have the extra lead time. The main work of recovery after our disastrous wildfires has been erosion control. The rain delay gave us enough time for the enormous job of rolling out wattles, strawing hillsides and securing vulnerable hillsides against the torrential rains that we hope we’ll get a little later on.

Now we’ve got the rain. Not as extensive as usual, not enough to where we think we might avoid another drought year, but we are ready for it, at least at the Rancho. 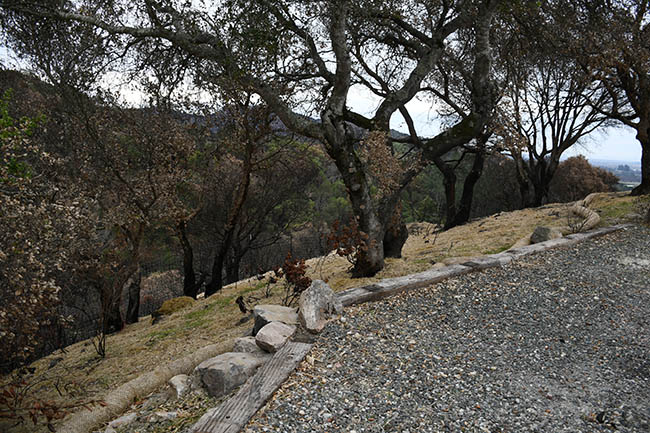 Wattles guard the tops of slopes which are now covered with straw to deflect rain. And we’ve added some big rocks around just to break up water even more.

So we’re hoping for some real rain now. Bring it on. Because we’ve had a little bit of rain. And it’s astounding what it’s done to our fire scorched county. Everywhere is carpeted in fresh green grass that seemingly came up overnight with the first sprinkles we had. 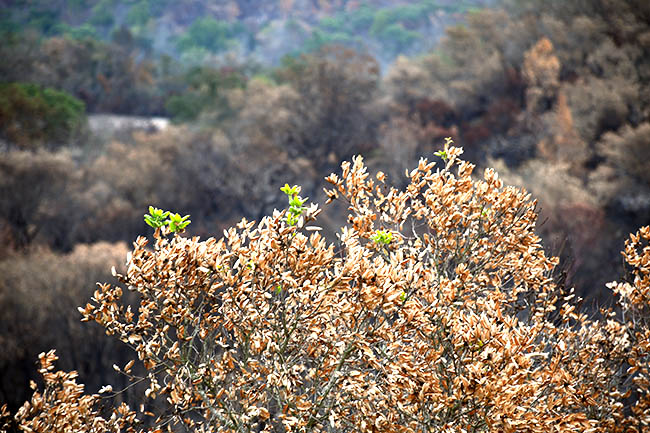 Here’s the exciting thing: even our most burned Live Oaks are sprouting green leaves. I think we may be surprised how few trees we actually lose. 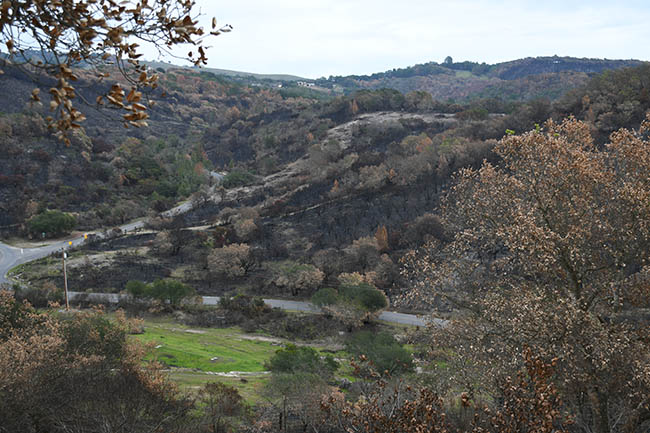 But while our pasture is greening up, the hills beyond are blackened and denuded. Any heavy rain may bring a massive mudslide down into our windy country road.

Of greatest concern are the areas where the fire crews cut a fire line, plowing up any vegetation with bulldozers. 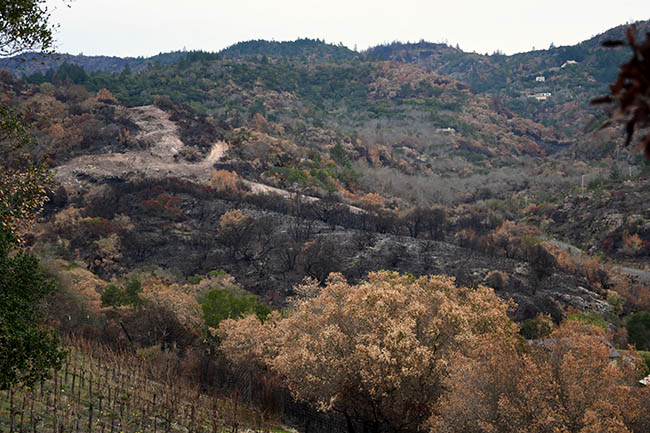 This is looking beyond our lower vineyard toward a state park that is particularly devastated. I haven’t seen anyone addressing the erosion danger this presents.

But we can only do what we can do on our own land. Hopefully Mother Nature can do a lot of repair work. She seems to be making a mighty effort.

So we are praying for rain now and it looks like January will deliver. 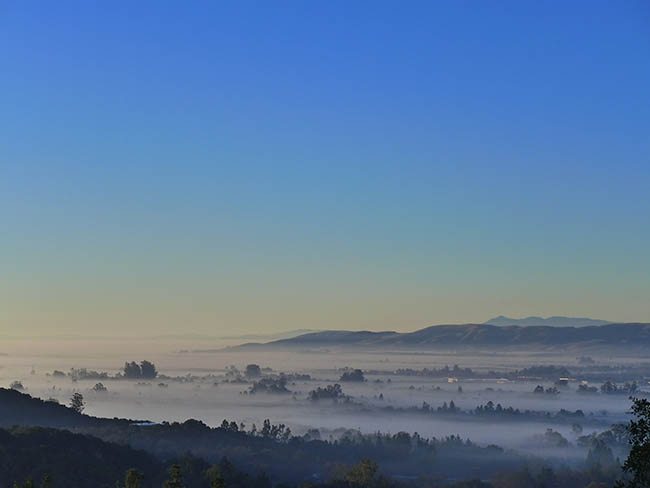 As an added bonus: moist mornings give us a Da Vinci landscape of fog.