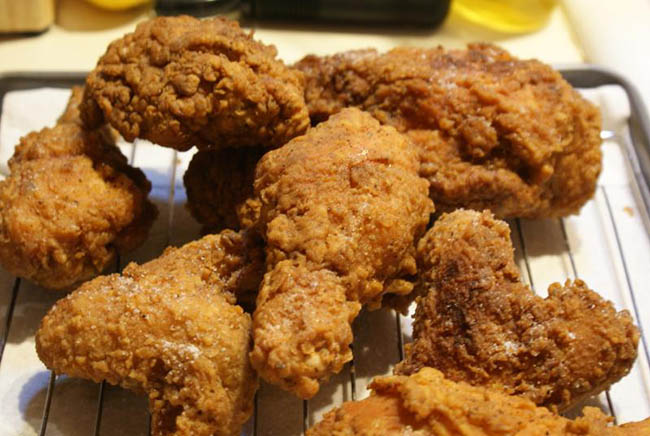 My first boyfriend’s father taught me how to make fried chicken. The boyfriend has faded into a dim memory, but I vividly remember his father. A tough Marine colonel from a hardscrabble Texas background, he was handsome enough to marry a Southern belle. And I mean a chiffon wearing delicate Tennessee Williams flower who couldn’t cook and wouldn’t cook. I remember dinners at that house being heavy on salads, take-out and sandwiches. Unless the Colonel was cooking. He was quite a good cook in a classic American style. His specialty was fried chicken and he was rightly proud of it.

With three sons and his non-cooking wife, he had no one in his house to teach his techniques, so he chose me. Usually on a Saturday night, I’d be invited to dinner and told to show up early to act as his sou chef and pupil. At one point, I wrote down that recipe although the Colonel told me I should commit it to memory, no doubt the way he would expect a recruit to learn to disassemble and reassemble his weapon in the dark. However, he did make allowances for me because, as he pointed out, with two New England parents, I was somewhat culturally hampered in learning a classic Southern dish. Although he pointed out that the Deep South gets too much credit for their fried chicken when Texas fried chicken is clearly superior. 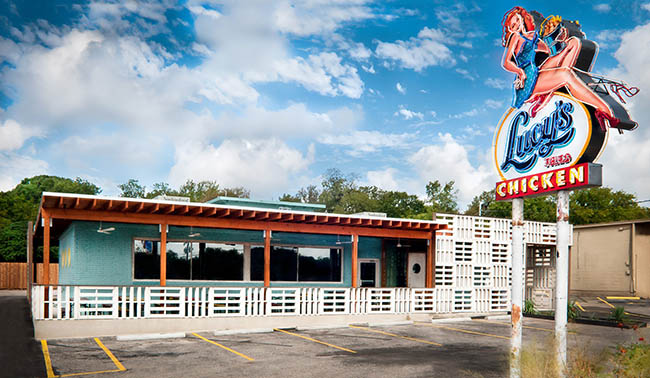 I’m assuming neon like this will guide me to the best chicken. I’m told Lucy’s is famous in the Austin area.

As I say, I wrote that recipe down, but I have no idea if it even exists somewhere in my old boxed up memorabilia. In the intervening decades, I’ve eaten fried chicken maybe once every three years, so I’m sure I don’t have the taste memory at this point, if I were to attempt it, to know if I’d effectively recreated it. It probably doesn’t matter. I seem to remember the Colonel stressing that the technique was more important than the ingredients. There was a special way to dunk the chicken in buttermilk, then roll it in seasoned flour. It was essential to cook it in a large cast iron skillet. The Colonel had unbendable rules about the amount and type of fat that could be used. You should be getting the picture that cooking with the Colonel was like being a raw recruit taking orders from a particularly exacting drill sergeant.

With one exception that I’ll always remember. Perhaps on my fourth chicken making session with the Colonel — when I guess he had decided I wasn’t going to get bored with the whole process as his sons had — he turned to me a bit misty-eyed. He told me I was doing exceptionally well “for a Yankee”. Then he said: “I always wanted a daughter and, if I’d had one, I would have wanted one like you.” The moment was brief, then it was back to Marine Corps orders not to dredge the chicken in the flour too long.

I’ve never attempted fried chicken since, probably because I don’t want to face the clean up afterwards. But now that I have an outdoor kitchen in Sonoma, I think it might be more manageable. I also have an RV trip to Texas in the planning. I’m going to seek out and eat as much Texas fried chicken as possible to get a calibration on the particular points of how the Lone Star State does it.

Again, it probably doesn’t matter if I get that recipe right. I think the Colonel would be pleased that someone somewhere is carrying on his fried chicken recipe and technique. Even a Yankee. 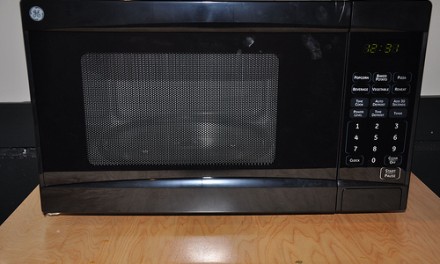 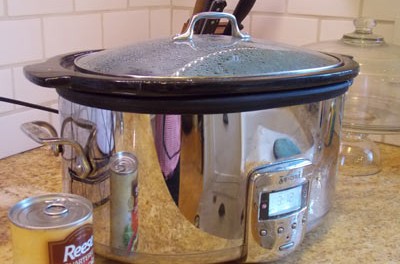 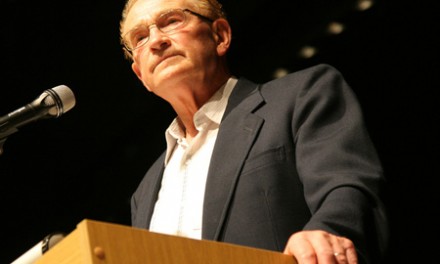