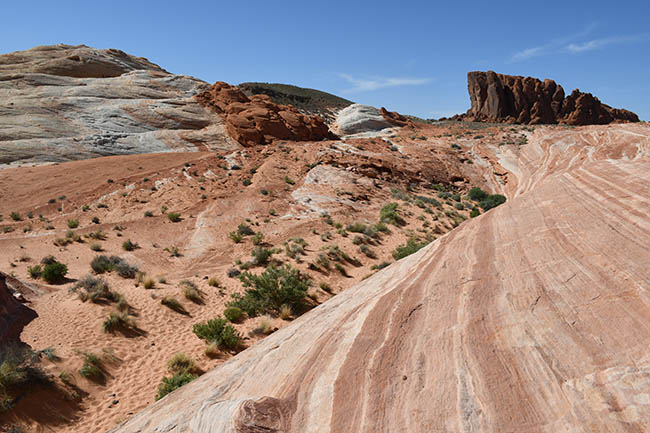 If you love the Cars movies as much as my goddaughter, Amelia May, and I do, you may have wondered where the inspiration came for Radiator Springs. I had always assumed it was a general mash-up of iconic Southwest locations: a base of Monument Valley, a dash of Zion National Park, a soupçon of the Grand Canyon. Wrong! The minute I entered Nevada’s Valley of Fire State Park, I knew exactly where I was. Because turn by turn, feature by feature, vista by vista, Radiator Springs is an exact replica of Valley of Fire. In fact, navigating the scenic drive between the Visitor’s Center and the White Domes was exactly like doing the Cars ride at Disneyland (which, incidentally, Amelia May rates as one of the BEST rides). Except not in a toy car but in a teeny RV about the size of a taco truck. Even better, there are pullouts and parking lots about every 100 yards, so you can take pictures. I took hundreds. None of them did Valley of Fire justice. The sand and cliffs are a deep deep red and, now in early April after a relatively wet winter, the desert is in bloom. Juxtaposed with the red cliffs are brilliant green plants and bright flowers. You’d see amazing scenery if you just drove through the park, but there are a dozen or so hikes that get you out to even better vistas. Many of them are less than a mile’s hike. All this about an hour outside of Las Vegas. So skip that second day’s trip to the casino, rent a car and head for Radiator Springs. Be your own Lightning McQueen. Or, if you are driving a taco truck sized RV, maybe you can be Mater. 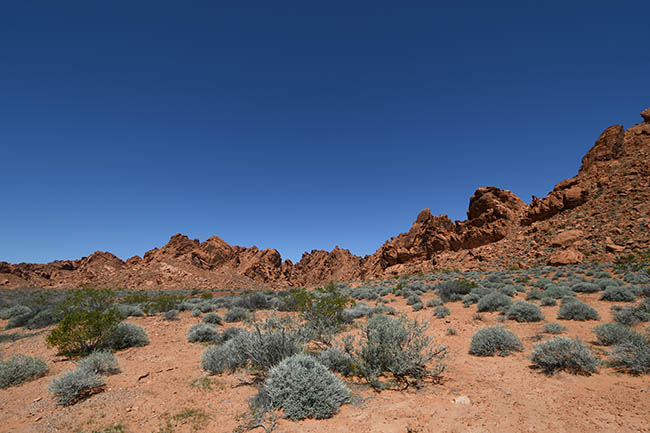 The rocks are red, red, red. But this time of year, the desert plants are a brilliant green. 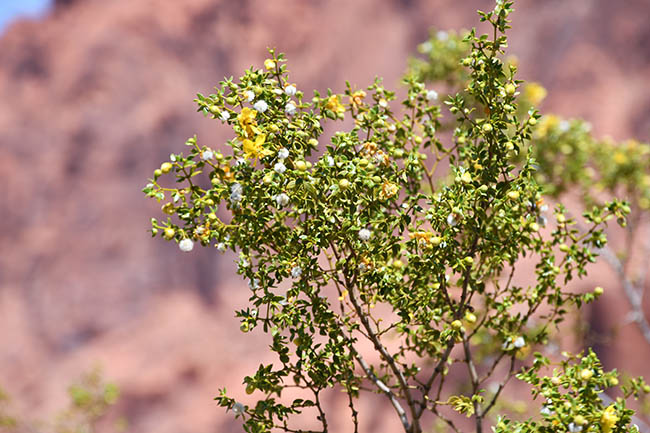 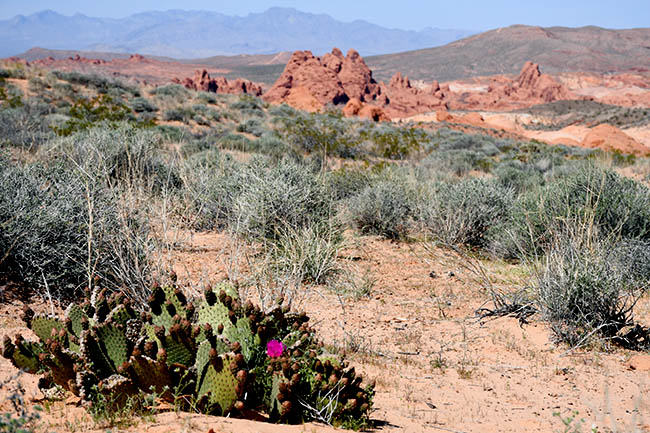 And the cactus is in bloom. 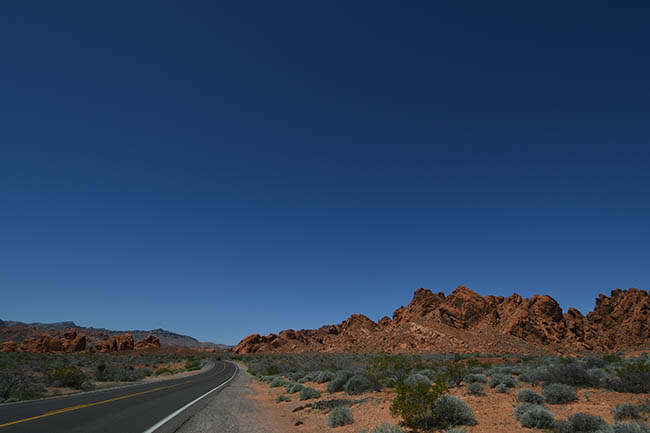 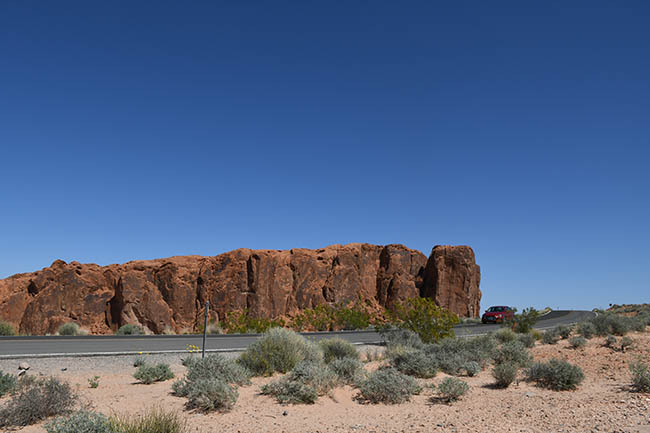 Wait! There comes Lightning McQueen around the corner! 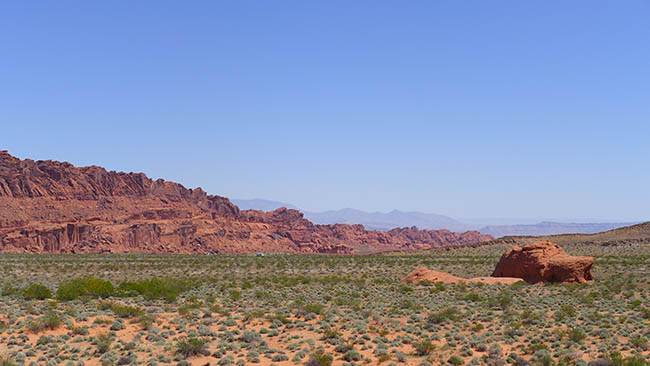 And is that Mater? 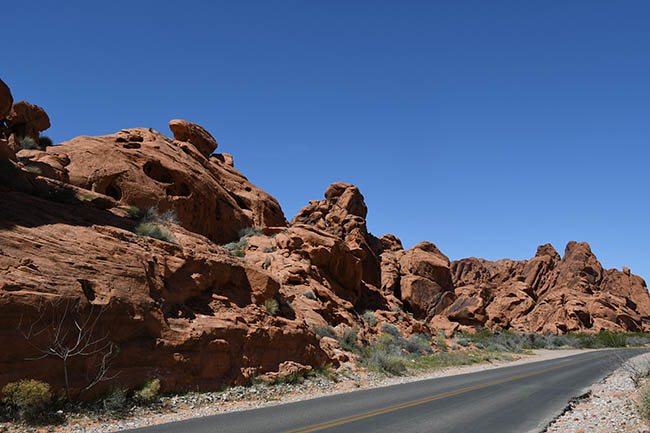 Remember how a radiator shaped rock dominated the skyline outside Radiator Springs? Here it is! 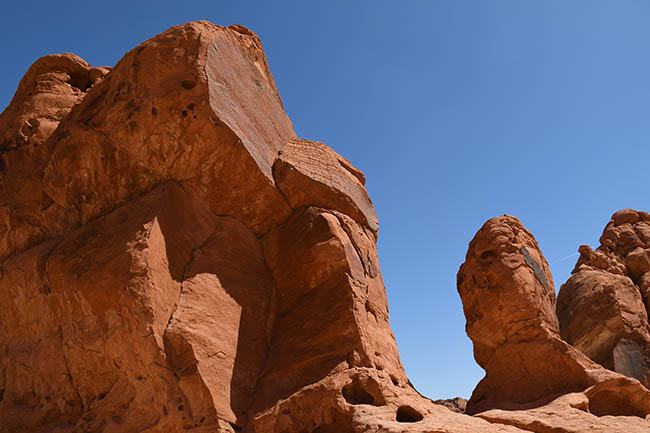 As a graduate of a Seven Sisters college, I was pleased to see a series of rock formations called The Seven Sisters. Here are three. Let’s see: Mount Holyoke, Vassar, Wellesley… 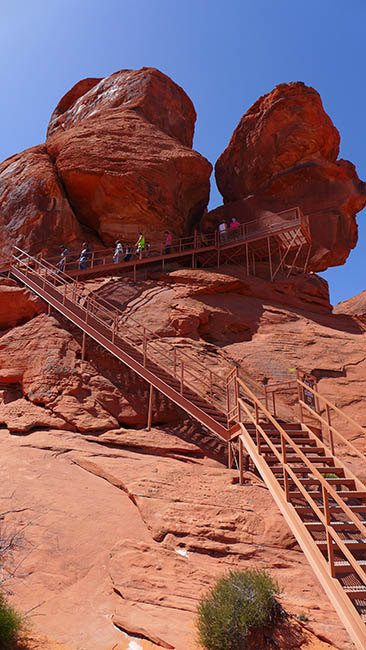 Don’t miss the climb up Atlatl Rock to see the petroglyphs and catch the view. 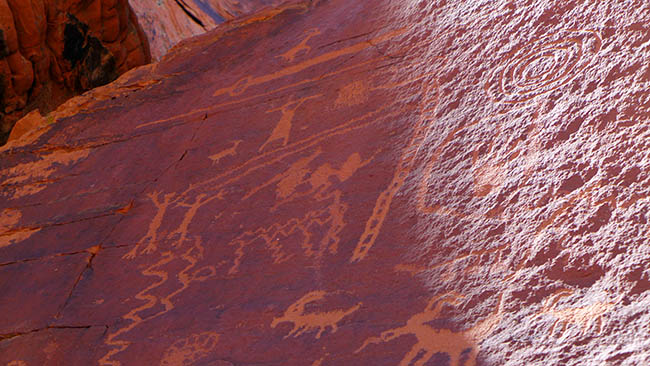 So how did Ancient Pueblans get all the way up that rock? Check out the petroglyph of a ladder to the right. 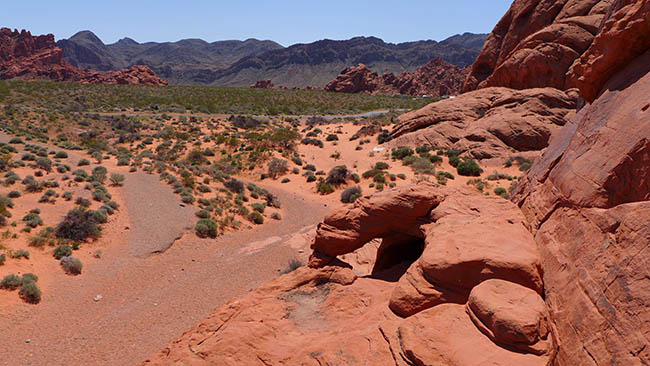 On the way down, the views are spectacular. And there is a small terrier sized arch. 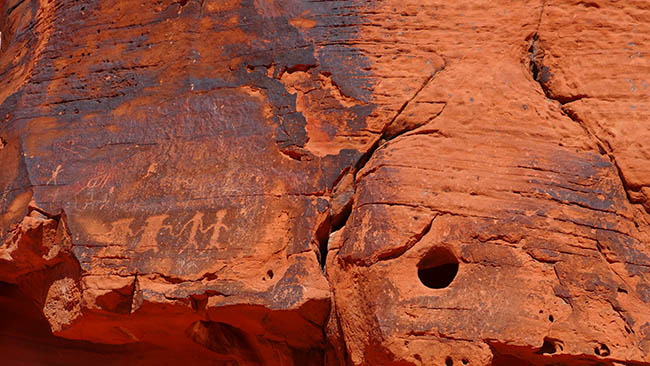 If you can’t get enough petroglyphs, take the Petroglyph Trail. Less than a mile and tons of ancient rock carvings. It’s believed this drawing represented the gods joining hands with man. 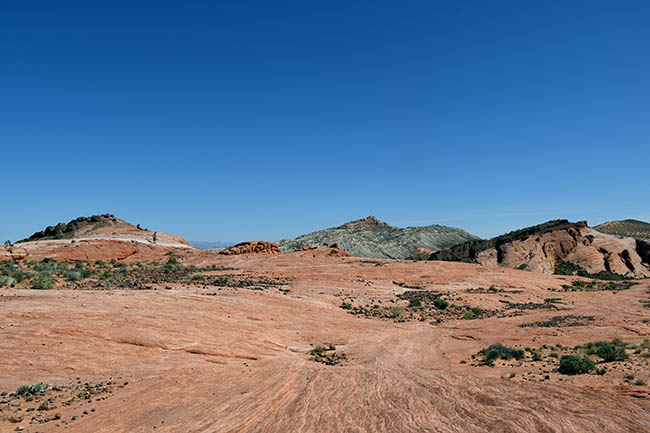 But the most spectacular trail is the Fiery Wave Trail. It’s about a mile across sand, then striated red rock. 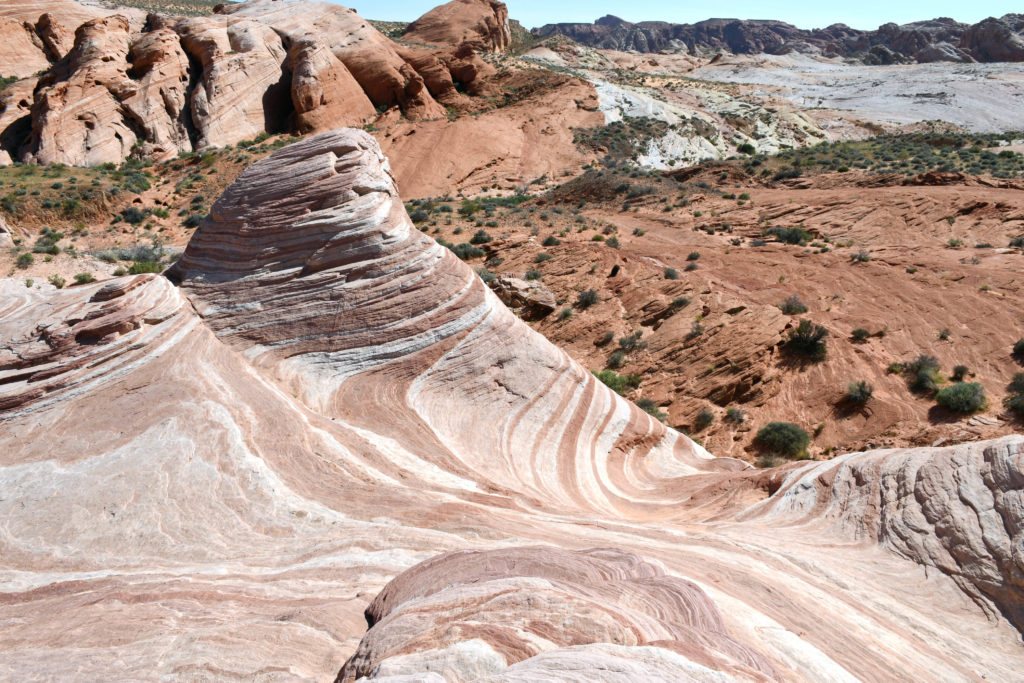 Ending in a mini version of the better known wave at Pariah wilderness. This one is a lot easier to get to and requires no permit. 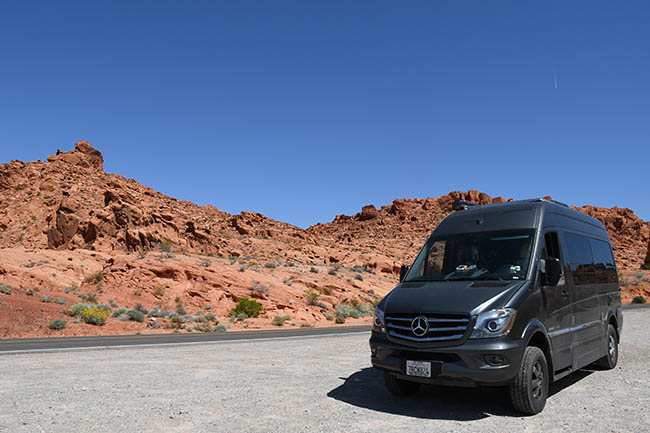 You know, with all the vehicle characters in the Cars movies, I don’t believe there is an RV. That’s it, Cars 4 must feature Buffalo Soldier. 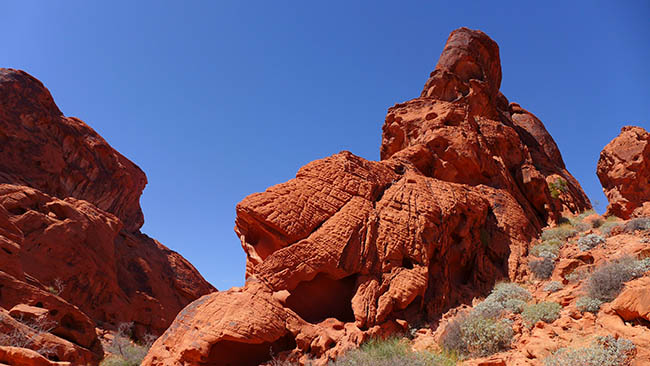 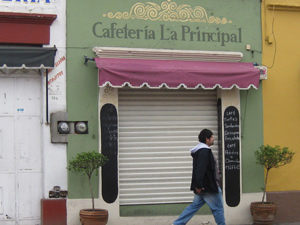 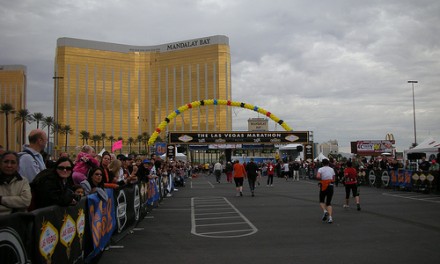