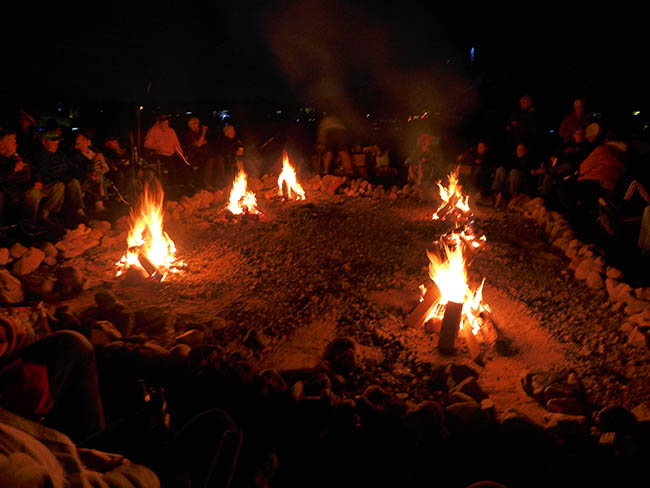 Have you heard of Quartzite? It’s basically Middle of Desert Nowhere, Arizona. Its former claim to fame was as a rockhound Mecca, where collectors would gather at a gem and crystal show. Then, at some point, it became the site of an RV show and all kinds of mobile living units started showing up in the thousands. Or maybe the RVers came first and the RV show came later. I’m not really clear. But for two weeks in January, Quartzite becomes not only a place to see and buy everything for your RV (or even buy an RV), but a time for the gathering of the tribes. RV groups from around the country stake out plots on the abundant BLM land surrounding Quartzite and have meetups and events.

Which is how I found myself here at the urging of a group I’d joined and follow on Facebook, RVing Women. My only interaction with them so far has been paying dues and asking dumb questions on Facebook which, this being a women’s group, are always answered sweetly, non-judgmentally and with an aim for the greatest helpfulness. So I decided to put faces with names and head down to Quartzite for their meet-up. It also promised to be an easy introduction to boondocking, or camping out in the wild with no hookups, no formal campground, and no water except what you tote in. I’ve only boondocked once or twice and it was a little scary on my own. Being out in a dark sky area in the middle of nowhere in an RV tends to make you believe in Big Foot and Chupacabra. But camping on BLM land with about a hundred women seemed more fun. And, again, this being women, it was organized. There were activities planned, potlucks, mini-informal help sessions… because: women.

After a hairy 8-plus hour drive straight from San Jose to Palm Desert, and then several wrong turns getting out to Arizona, I finally pulled into the BLM area that the hosting Arizona Chapter of RVW had reserved for us. Instantly, I knew I’d picked the right tribe. At the reception area, four gals with guitars were belting out Dolly Parton’s Jolene. I arrived with just enough time to set up my camp, do a quick meet and greet and get prepped for the potluck dinner. What a spread! Well, a couple of Midwest chapters were represented so there were a lot of hearty and tasty casseroles. Because: Midwestern women. It was suggested that we bring a hot dish, but I’d contacted the organizer to say that the biggest dish my tiny refrigerator could accommodate would be one that would hold two corn muffins. I suggested I bring a case of wine instead and that was immediately accepted. In fact it was such a huge hit, the Arizona Chapter started trying to recruit me. They do take a lot of desert trips, which I like, and they assured me that as long as I’m bringing wine, I’m a member in good standing. Since I kept forgetting to wear my name badge, I was more often than not called “Wine Gal”. Might as well stick with that identity.

As I was finding my way in, the lone BLM agent I stopped to ask directions said, “Oh, yes. RVing Women. Great group. You’ll love’em. All ages. All types. All fun.” In my glad-handing around, I’d put the median age at older than me. I’d put the adventure level at far beyond me. Many women I met had a similar story: “My husband/partner and I were going to RV around the country when he retired, but he died before we could”. Or “we’d always planned to RV, but we got a divorce.” The commonality is that every woman, no matter her situation, decided she wanted to RV and just did it on her own or with new friends. I thought I was roadtrip savvy. I met a gal from Montana who did the entire East Coast last year and this year is doing the West Coast. An older woman I met said she took care of her aging parents and saw a steep drop off in their health at age 79. So she decided to cram as much into her life before age 79 as she could. I would have put her age at close to that but there she was, pulling a large rig and a toy hauler filled with kayaks, an ATV, a bike and hiking gear! I don’t expect her to slow down any time soon.

But back to the gathering. After an incredible spread, a couple of gals with mad fire skillz set up a huge fire pit with six small campfires in it so everyone could gather around the warmth. Now don’t judge — there was a drum circle. But the drumming was a gentle low-key percussion that didn’t preclude conversation, because, again, women. It was also served up with a heaping dose of irony. Someone yelled out “More cowbell!” And a cowbell was actually produced! Then, because this is a tribal gathering, two young guys with didgeridoos wandered out of the desert and joined in. I guess this sort of thing is not unexpected in Quartzite.

Without any Internet or much cell service, I couldn’t keep tabs on Nancy Pelosi’s latest outfoxing of Trump. But the gathering provided good examples of female negotiating tactics. The BLM officers know and like the RVing Women for their clean respectful camp habits, and, for twenty years now, they’ve made sure to reserve the same area for the group. But with a skeleton staff from the government shutdown, a group of Skoolies (dwellers/travelers in converted school buses) barged into one of our reserved areas and set up Skooliepalooza despite the protests of our advance organizers. Then the Skoolies proceeded to race through the middle of our campground kicking up clouds of dust (a real no-no in the desert), set up amplifiers and blast music and cause the only two BLM officers on duty to visit them and issue warnings nearly half a dozen times. It got so out of hand, when some of the Skoolies were drinking heavily then planning to drive into town, that their own organizers called the rangers on them! At that point, a few of the Arizona chapter ladies went to their camp and talked to the Skoolie organizers about proper camp etiquette and how both groups could work together for a mutually enjoyable event. That did it. The Skoolies settled down, a few of them came over the next morning to get tips on proper camping procedures by helping with the morning clean up of OUR camp. Turns out our young Didgeridoo players were from the Skoolie group and came over because they said we looked like we were having more fun and had a great campfire. I’m sure Nancy Pelosi couldn’t have handled the situation better.

The next night’s festivities were all about the Super Blood Wolf Eclipse Moon. Since there were few leftovers from the previous night’s feast, the Arizona ladies served up Beanie Weenies. Beanie Weanies! Have you had those since you were ten? It was a nice little bit of American suburban nostalgia in the middle of the desert. Fires were built, chairs were drawn up and talk turned to the logistics of when we would see various phases of the eclipse. You see, we were right on the border between Pacific time and Mountain time, so which time was right? Or was time, in this instance, just a man made construct? You know, Dazed and Confused type stoner pseudo philosophy talk. Except nobody was stoned or drinking, except for these delicious little liqueur filled chocolates that one camper thoughtfully provided. That morphed into trying to name appropriate songs and singing them — like Bad Moon on the Rise, Blue Moon, and the winner, Total Eclipse of the Heart. Although I’d planned to set up a tripod and my Nikon and try to photograph this thing, I defaulted to putting down the electronics and just experiencing it. Besides, much better photographers than I am will be posting pictures to Facebook when I’m back in range.

Although I thought I’d get a lot out of the RV show, I found it more geared to big rigs with not much appropriate to my little Buffalo Soldier. The women at the gathering provided a greater wealth of information that was gladly and non-judgmentally shared. One woman in particular deserves the medal for Most Informative. She custom designed her own Sprinter-based rig and now partners with her builder as a designer of custom rigs. She spent patient hours at the event explaining inverters, the advantages of Lithium batteries over AGMs, and all kinds of build suggestions. Her site, The Galavan, has her build details with links to her YouTube channel, I suggest you check her out, even if you bought from a dealer. She’ll steer you to the right upgrades and demystify a lot of technical points. Oh, and she’s also a rep for an essential oils company, which explains why she and her rig smelled fantastic. (Which isn’t so easy when camped out in the desert for a number of days.)

So that’s my tribe. I’ll be at Quartzite every year and I’ll be with the RVing Women. I’m seriously mulling joining the Arizona chapter. They organize great desert trips. And they say, if I’m bringing wine, I’m more than welcome. 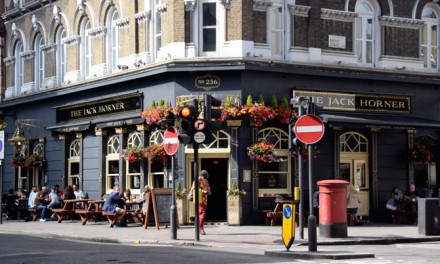 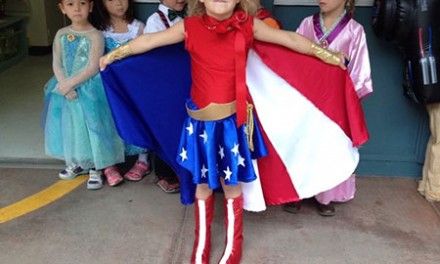