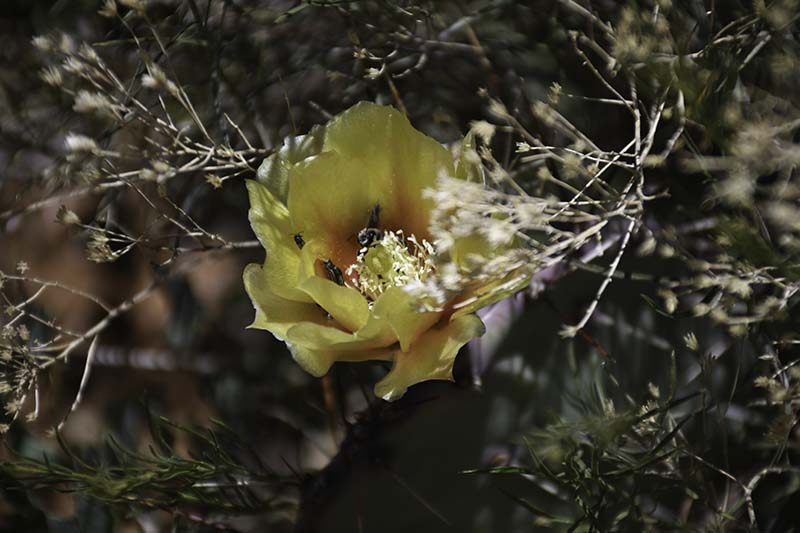 While I travel fairly cheaply in my little camper van, Buffalo Soldier, and cook most of my meals, I’m not afraid to do big splurges when I get to my locations. One of my favorite splash-outs is guided hiking or Jeep tours. As a solo traveler, there aren’t often opportunities to latch on to an existing tour, so lately I’ve learned the joys of just booking a private tour. I take solo tours as often as I can and I’ve never had a bad one. Some of the highlights have been hiking through the Maze in Moab with an Edward Abbey enthusiast, an all day tour through Bears Ears with a Navajo guide, and a tour through Anza Borrego with a guide who moonlights as a location scout and could tell me all the background on the stars who have filmed there. As I say, I’ve never had a bad tour. The one I just took in Sedona is going in the books as one of the best.

I always tell the booking agent upfront that I’m interested in the History, Geology, and flora and fauna of the area. At Red Rock Western Jeep Tours, that caused the booking person to say, “Oh, we’ll need to put you with The Professor.” I had noticed that the tour company dresses its guides in cowboy hats and Western gear and promises that they are all characters. They are not kidding. The Professor’s real name is Cody, which was also Western appropriate.

Somehow, within 5 minutes of me clambering into the Jeep, Professor Cody and I were talking wine. Turns out, he’s an extremely knowlegable oenophile with a blog that focuses largely on Arizona wines, about which he is passionate. His blog is The Wine Monk, a nod to his past as a seminary student. He takes a wider focus with his podcast, Make America Grape Again. After the tour, I fell into his blog and podcast. You’ll find both well worth your time. He tends to look at smaller production and lesser known wines, honestly rating them by their merits (we are both great enemies of the Robert Parker point system), suggesting great food pairings, and generally amusing the reader and listener with tales of how he and his buddies conducted their tastings.

In this great company, how could I not have an excellent tour? Well, Professor Cody kicked it up several notches from what you might even imagine. He regaled me with local Native American legends and tribal customs, as well as historical events in Sedona, all with a great stage actor’s command of drama and accents to embellish the tales. He had an equal command of geology which he discussed at every view point. Did I mention he also seems to be an avid birder, identifying various bird calls, and usually finding and pointing out the avian singer. Ditto his knowledge of local trees, cactus and insects.

Oh and as we jounced over slick rock up to the top of the mesa, he frequently burst into snatches of liturgy or let out a Wild West “YEEEHAAAAW” at particularly high bounces. Although I had my notebook out and was wildly scribbling down his commentary, while also attempting to photograph everything, I’m sure I don’t remember the half of it.

One of the highlights of the tour was a great vantage point of one of Sedona’s iconic formations, which White settlers named, The Teapot.

I believe, going from left to right, the four formations are The Eagle, The Woman, Wolf Boy, and The Warrior. But don’t quote me on that, except for The Wolf Boy, who became a great shaman and whose legend Cody told.

Just an aside, but why do White people always have to ascribe things — especially in the West — to the Devil. Apparently, it pisses Native Americans off no end, especially when such monikers are affixed to sacred sites like Devil’s Tower or The Devil’s Postpile. In any case, this sink hole is still breaking off around the edges which seems to coincide, along with the original sink, with large earthquakes in California.

After an informative, enlightening and amusing tour, Professor Cody brought me back to the office and directed me to one of his favorite tasting rooms. Against my better judgement, I went. Not that I didn’t think his advice was sound, but seriously, the last thing a winemaker should do on vacation is more wine tasting. But Professor Cody lured me in by telling me about all the Rhone style varietals that were being grown in the Verde Valley (a new appellation) and the Willcox area. I should note that these varietals are not being grown next to cactus. Arizona has a number of what are called Sky Islands, which are basically mountains surrounded by deserts or more arid landscape. On the sides and tops of these “islands” the terroir is much much different and apparently conducive to heat loving Rhone varietals.

I have to say, the Barbera was excellent, and I’m not usually a lover of many Italian varietals. The Refosco was equally pleasant. I realize I’m not giving extensive tasting notes, but I’m still scrolling through Professor Cody’s blog looking for his remarks as I’m sure they will be more amusing than mine. The Tannat, which they are billing as “Arizona’s answer to California’s Cabernet”, well, I’d have to say, “Yeah, if you’ve never actually tasted a California Cabernet.” The Petite Sirah was too punchy and one-note for my tastes, but then I never understand the mania for bottling Petite Sirah as a single varietal instead of part of a blend.

I’m glad I did the tasting and would encourage anyone visiting to do the same. Although the tasting room should immediately hire Professor Cody as a consultant or trainer. The very nice and personable young lady who handled my tasting couldn’t answer many of my questions including the curious trend of Arizona winemakers to bottle Rhone varietals and blends in Bordeaux bottles. Hey, it’s high shoulders for Cabs and sloped shoulders for Rhones! I realize many of the featured winemakers are trying to blaze their own unique paths and perhaps that involves bucking tradition, but seriously, getting the wine in the right bottle gives an instant visual cue on the shelf as to what’s inside.

All in all, an excellent and unexpected first day in Sedona. If you are this way, you must book Professor Cody’s tour. Or invite him to a tasting room as your Guide des Vins. 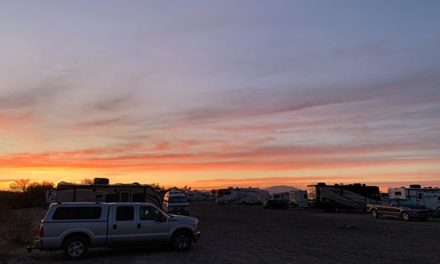 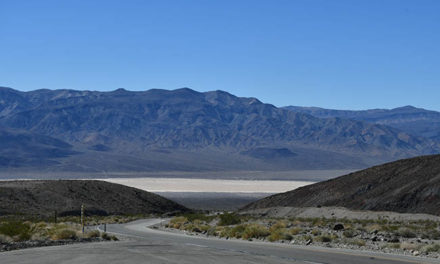